Category
Home > About Us 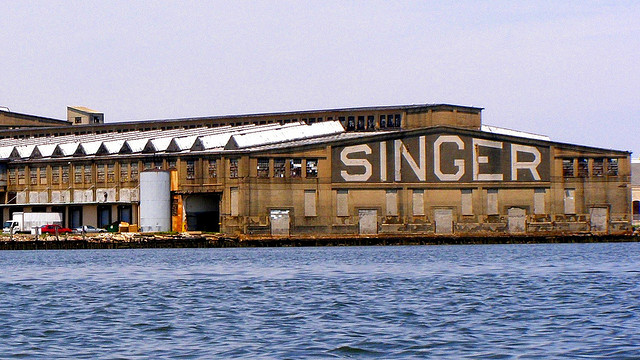 The Singer Sewing Machine Company built this factory in Elizabeth, New Jersey at the
start of the Civil War, to make uniforms for the Union Army. This photo shows about
10% of the complex. File Rite (AMC Plastics) occupied space for many years in this
historical location until being acquired and moving to California in 1997.

If you really want to know…

On a cold January morning in 1975, 'Our Plastics' opened its doors on Bay 34th Street in Brooklyn, New York. It was only a small store front on a residential side street, in the Bensonhurst neighborhood, but the new entrepreneurs were convinced they could build a decent business by marketing a half-dozen styles of clear plastic photo album pages and medical film mounts.

Later that first year, Film Holders Ltd. was formed to focus on designing, manufacturing and distributing, plastic filing and organizing products to the medical marketplace. Soon, in a new building with our first machines, the product line grew from six to sixty and kept on going. By the end of the seventies, Film Holders was 'the source' for just about every important OEM and distributor across North America supplying film and filing accessories to the medical community.

The eighties were tumultuous and exciting… a merger with Anglers Company, Ltd of Flushing, NY, then a leader in plastic products for the stationery markets… a debilitating partner break-up that followed… the acquisition of a manufacturing facility in Elizabeth, NJ… and finally another name change. File Rite Products, Inc. was a better reflection of the expanded product line. The company was now making and importing specialty plastic filing and organizing items for OEM’s, wholesalers and distributors across many markets. Private labeling our products for many industry brand names, became an important part of our business.

The first half of the nineties saw solid and steady growth for our business. In December of 1996, on the day after Christmas, 20th Century Plastics, Inc. of Brea, CA, purchased all of the assets of File Rite. By the end of February 1997, all of our machinery, and a handful of key people were now in Southern California. My dad and I were now managing File Rite, our family business, as a division of the Century group of companies.

Mergers and acquisitions almost became the business model for 20th Century Plastics. Caught in the frenzy of those ‘roll-up’ times, Century updated its name to Centis for the 'turn of the century' and continued gobbling up other companies. The revenue had grown to about $180 million when a series of business events and marketplace changes forced Centis to file for bankruptcy protection in 2002.

In 2003, out of the rubble of that Centis bankruptcy, my dad and I were ‘this close’ to buying back File Rite. At the eleventh hour, we were told by the bank trustees we needed to make a single purchase of the remaining Century Business, Century Photo and Light Impressions divisions, as well as our own File Rite. After receiving better than expected proceeds on the sale of the larger divisions, the bank would not go through the process again, to sell only File Rite

We were forced to join with other investors in order to make an offer that would satisfy the trustees.  Unfortunately, the other ‘New Century Direct, LLC’ investor members were looking for an immediate return on their money. We wanted to build our family business again. Not a homogenous atmosphere.

Finally, in January of 2006 after much contention and fruitless attempts to purchase File Rite out of the New Century Direct group, we left to do ‘our own thing’. We hit the ground running using an existing small family business name, Aaron Marketing Co. Inc. Within a year we were well on our way to getting back the business of most of our key customers.

So, here we are today, as amc plastics in 2023, more than a decade later, doing what we do best and loving it… with a bunch of new products, some new markets and fortunately, many new customers like you.

And we thank you sincerely for placing your trust in us. We look forward to serving you, as we have so many others, for almost 50 years now…